It is not easy to start out as an arbitrator 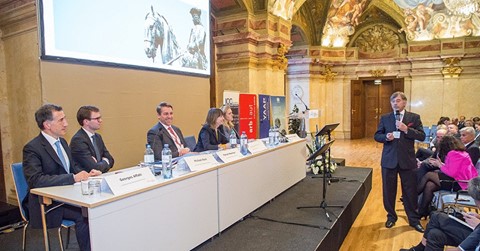 Arbitrators are late starters. Actually, it is hard to start out as arbitrators. At first, you have to establish yourself as a barrister, solicitor, judge, academic, diplomat, businessman, politician or expert. It is only later in life that you become an arbitrator. Meanwhile, young legal eagles are champing at the bit. They are dying to get their first case. A rude awaking comes at the first interview, when they have to field these brutal questions: “How often have you acted as arbitrator?” “How many awards have you made?” “What is your experience with arbitration?”

The young hopefuls are stumped for an answer. Imagine a patient asking a budding orthopedist eager for his first knee operation: “How many knee operations have you conducted, Doctor?” If the flustered doctor says “Not even one, but I’d love to make a start,” the patient will go to see a real specialist, preferably one with more than 100 knee operations to his name. What should you do to get the first case?

The arbitration community is well aware of the sheer brain power and potential of young lawyers. How can we retain these enthusiastic people without discouraging them from arbitration altogether? After all, the first nominations come when you are about 40 years, and you usually do not become a fully-fledged arbitrator before you turn 50. Meanwhile, arbitration conferences are often attended by more lawyers than there are arbitration cases in the host country. Conference attendees outnumber the arbitrators on the lists of recommended arbitrators of a given institution. The largest and oldest arbitration institutions deal with scores, if not hundreds, of cases a year. The number of ad hoc proceedings is unknown. We would all like to believe that there are thousands of such cases, but that is not true. Two surveys by in-house counsel of major corporations were done in this area and commented on depth by Loukas Mistelis and Crina Mihaela Baltag. While in 2006 an overwhelming 76% of survey respondents confirmed that their corporations opt for institutional arbitration proceedings, while only 24% choose ad hoc arbitration. By 2008 those preferring institutional arbitration changed to 86% over 14% for ad hoc proceedings. So, if the total number of institutional arbitration cases in all major arbitral institutions is no higher than 3,000 – 4,000, the number of ad hoc may be much lower. The current number of existing ad hoc arbitrations is still a mystery. There is a myth that ad hoc arbitrations are legion. They are not, at least in some regions. Meanwhile, my impression is that there are still more lawyers interested in arbitration than there are cases to be heard.

You do sometimes wonder what it is that young lawyers see in arbitration. Are they drawn to tradition, culture, money, fame or an active lifestyle in the late 80s. Arbitrators such as George Dobry Judge Howard Holtzmann, Fali Nariman, Igor Pobirchenko, Pieter Sanders, Tadeusz Szurski, and many others active octogenarians are good examples of an active life, where the calendar age loses its bite have no limits? What is so special about the life of an arbitrator that so many people are eager to try it?